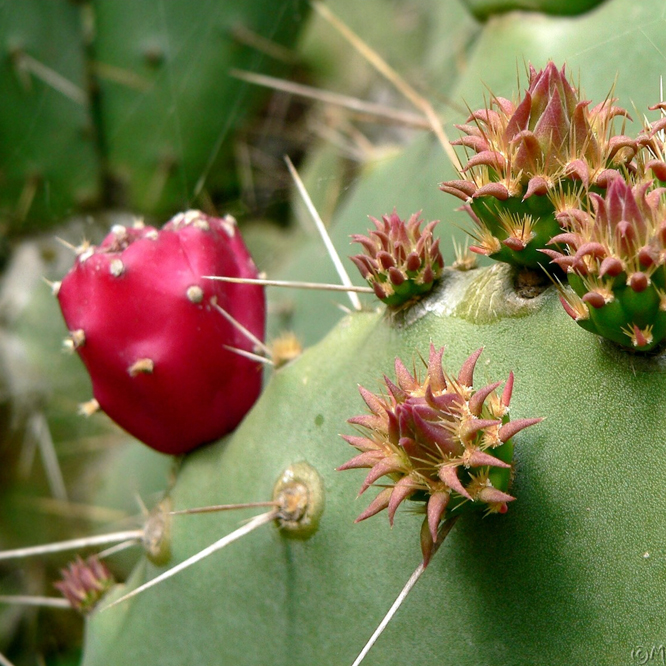 The Story of Raketa

The first Opuntia species (raketa in Malagasy), were introduced to Madagascar in the late 18th century. The French colonial forces used Opuntia to construct a living fence against intruders around Ft. Dauphine in 1768.
It is unclear which Opuntia species it was but Binggeli (2003) suggested Opuntia monocanta.
However, in a few decades, the cactus was observed to be used by local people as living fences around village gardens and agricultural fields and had, by this time, become a common sight in southeast Madagascar. 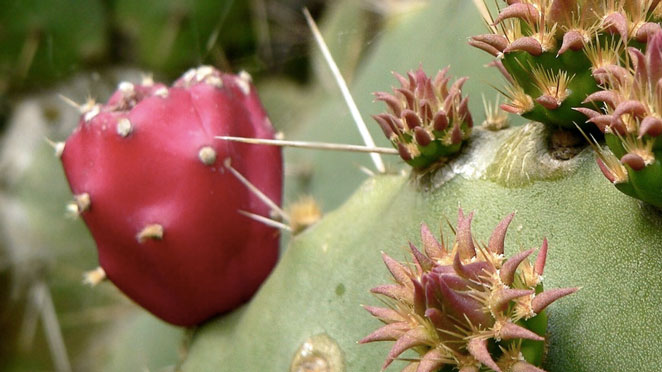 In the late 19th and early 20th century, raketa increased in abundance with one region being named région cactée (cactus region).
The rapid dispersal of this Opuntia is assumed to be a result of the cactus representing an important complementary fodder for livestock when there was lack of grass.

Furthermore, the fruits of the cacti were maturing during December –March, usually a time with a scarcity of food for humans.
However, the cacti also caused problems in agriculture. When fields started to get overgrown by raketa these sometimes became abandoned since it took too much labour to clear the fields. 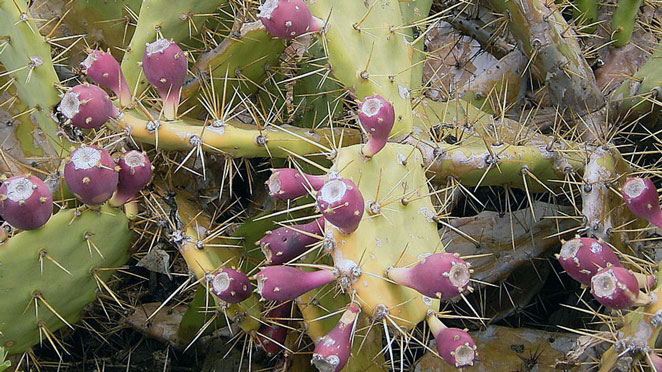 There were also problems related to the spines, since the small hair-like spines could cause lung problems and the livestock suffered mortality due to intestinal inflammations caused by the large hard spines. 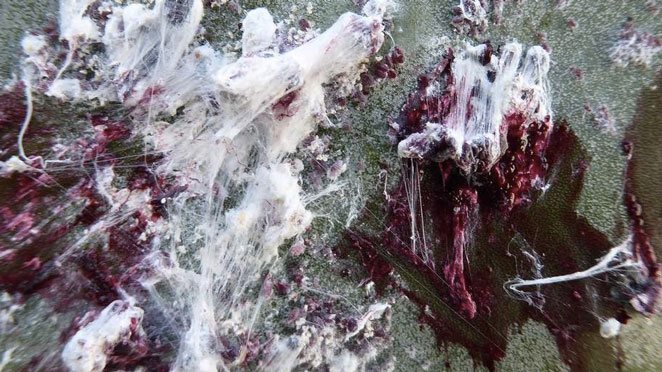 In 1923 the cochineal louse (Dactylopius sp.) was introduced in Madagascar to produce Carmine the famous red pigment .
In the south the cochineal louse spread from Toliara in 1924 and was infesting the raketa area with a speed of 100 km per year.
Within only four years the raketa was wiped out from many areas in southern Madagascar causing a collapse in pastoralism with tens of thousands of cattle dying.

A severe famine followed and many villages were abandoned. In the Tsihombe district half of the population of 60,000 people died or migrated as a result of the epidemic.
It is still debated whether the French colonial administration deliberately introduced the cochineal or not.
In 1930 new spineless and cochineal resistant Opuntia species were introduced and Opuntia again became an important base for the economy in the south.